The Dangers of Drunk or Distracted Driving 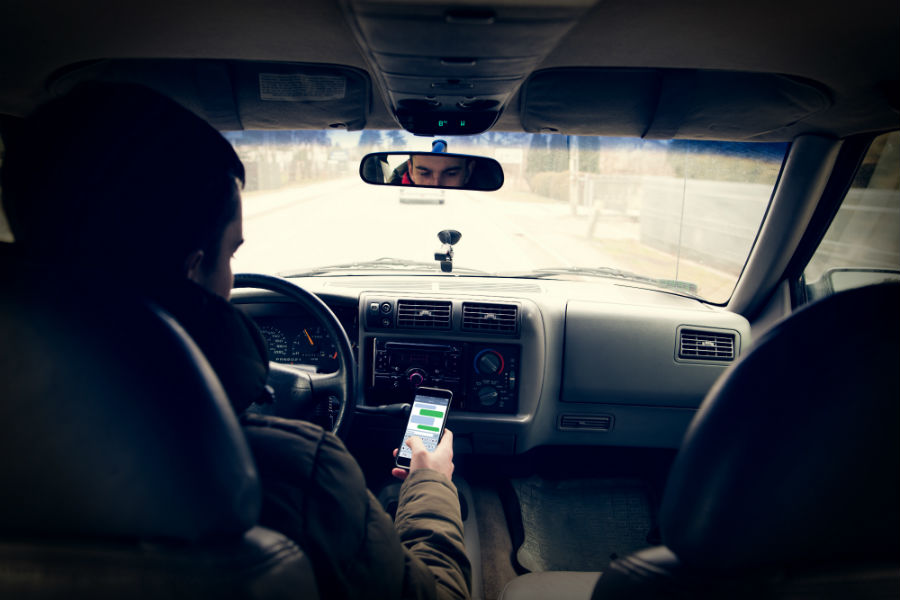 The Dangers of Drunk or Distracted Driving


Most of us would probably admit to not being perfect drivers, whether that’s cutting a lane at the last second because you almost missed the turning, or speeding just a little because you’re running late for work.

However, done enough times, these small imperfections can become bad habits, and before you know it, you’re stuck in a pattern of reckless driving behavior.

We wanted to figure out just how bad the situation is getting, and discovered that as many as 1 in 5 LA residents have witnessed their partner driving dangerously.

We identified some of the worst habits that LA drivers were spotted exhibiting, and expert advice has revealed how much these increase the risk to drivers and their passengers.

Getting frustrated when the driver in front of you forgets to use their turn signal – again – is understandable, but when does that frustration go too far?

Road rage is something that over half of LA residents have witnessed in their partners when driving, indicating that many drivers are quick to lose their temper when behind the wheel.

Allowing anger to distract you when in control of the car is more dangerous than you might expect. Dr Tom Dingus of the Virginia Tech Transportation Institute has conducted research into the causes of car accidents, and concluded that emotions can be extremely hazardous when driving:

So why do we get so tetchy when we drive? For many people, the belief that they are a brilliant driver, whose high standards other road users fail to meet, causes them to lash out.

Drivers with passengers in the car could be angry at other road users who drive recklessly, and put themselves and their passengers at risk. The irony here is that the passion this stirs could be even more dangerous than the behavior they are berating.

Combating road rage requires people to stay calm on the road, and not presuming that every error that they see means that the person behind the wheel is a bad driver. Instead, just remember that everyone makes mistakes, and so long as no one has been hurt and no damage has been caused, it’s not worth letting your blood boil.

Driving under the Influence

One extremely risky habit is driving under the influence of drugs or alcohol – something that 18% of people in Los Angeles have seen their partner do.

This is a significant issue in this area, since 882 deaths occurred in 2014 as a result of drunk driving – 108 of which involved underage drinkers.

Terms and phrases surrounding driving under the influence of drugs and alcohol experience a reasonably high number of searches on Google. ‘DUI’ is searched for 22,800 times each year in Los Angeles, ‘drunk driving’ 5,880 times, and ‘is dui a felony’ 3,840 times. People are seeking information not just about the crime itself, but how to get around it: ‘DUI checkpoints’ is searched for 52,800 times annually.

Accidentally braking too hard, or suddenly changing lanes because you’re lost, are things that we cannot necessarily control or plan for when we set off on a journey. However, driving while intoxicated is an active choice, and drivers who indulge in this behavior knowingly put other road users at risk.

While drink-driving has been an issue ever since automobiles first appeared on our roads in the late 1800s, a relatively recent invention to endanger us behind the wheel is the cell phone.

29% of people in Los Angeles have seen their partner distracted by cell phone use when driving, despite the fact that this has been illegal in the state of California since 2009 (making a phone call while driving has been illegal since 2008, and other usage was made illegal the next year).

Allowing cells to distract you on the road is incredibly dangerous. Dr Dingus and his team at VTTI conducted studies around crash test situations, and found a startling difference between model driving and letting your focus slip:

“The use of a handheld cell phone (talking on, texting, reaching for) increased risk by nearly four times that of model (alert, attentive, and sober) driving. Such countermeasures as better enforcement of handheld cell phone bans could have an impact on reducing distraction-related crashes in the future.”

Only 14 US states have a blanket ban on cell phone use for drivers of all ages. Many have banned it for learner drivers or those under 18, but generally allow drivers to make calls on the road. Montana does not have a state-wide ban on using your phone – even for texting.

This means that California is among only a small proportion of states that recognise the hazard of cell phone usage when driving, and those who maintain this habit need to consider the increased risk before endangering themselves and other road users.

Lots of parents watch their language in front of their kids to prevent them from growing up with a pottymouth. However, do as many parents take this kind of care when it comes to their driving habits?

Children are extremely perceptive, and from an extremely young age they can pick up on the habits that their parents exhibit.

Those aged between 18 and 24 are, according to Dr Dingus, far more likely to be distracted while driving, with teenagers particularly at risk:

“Overall, we’ve found that teen drivers are four times more likely to be involved in a crash compared to their adult counterparts.”

If parents and older drivers demonstrate bad behaviour, then this is likely to be a bad influence on younger road users. Since 36% of 25–34-year-olds, and 24% of 35–44-year-olds have witnessed their partner using their cell behind the wheel, perhaps it is easy to see how youngsters can grow up thinking that this behavior is acceptable.

If older drivers keep their eyes on the road instead of their cell, then this could encourage younger ones to do the same, and lower the risk for everyone.

Driving when you are distracted, intoxicated, or angry can seriously affect the risk that you and other road users face. By reducing the number of bad driving habits you have, you can increase road safety and set an example for future generations of drivers.